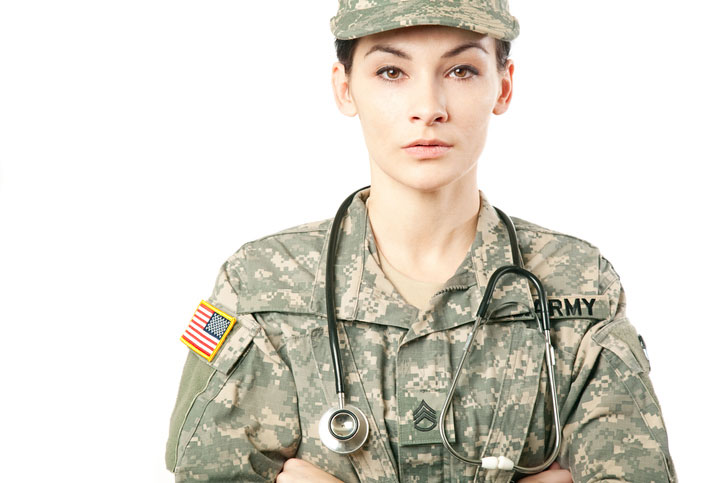 Now that nurse practitioners and other APRNs within U.S. Department of Veterans Affairs (VA) clinics and hospitals throughout the nation have been given the authority to practice to the fullest extent of their education and training, they’re no longer standing on the sidelines. In fact, they’re taking the lead in the move to put veterans first, bringing real change to the beleaguered system.

Though it’s been widely reported that a concerted effort is underway to increase veteran access to quality healthcare and chip away at the long-standing reputation of lengthy delays, poor record keeping and substandard care at VA facilities, this could very well represent the most substantial action taken to date to right the situation.

Fewer Scheduling Backlogs When NPs Are the Primary Point of Contact

For years, the VA has been under intense scrutiny, with some reports and internal investigations detailing stories of long wait lists leading to months-long delays before patients could be seen by a doctor— delays so long in some instances, that patients died before getting the treatment they needed.

When Senator Tom Coburn of Oklahoma  released the explosive report entitled, “Friendly Fire: Death, Delay and Dismay at the VA” in 2014, the world finally took notice of the appalling examples of poor care and ridiculous delays that service members had been all too familiar with for years. In one example, a veteran in South Carolina was forced to wait nine months for a colonoscopy. By the time the procedure was performed, he was diagnosed with stage 3 colon cancer. It’s believed that if he had received treatment in a timely manner, his case may not have been as severe.

While NPs and other APRNs in the VA system are nothing new, until this point, they served largely in a support capacity and weren’t being utilized effectively to help reduce backlogs and ensure patients were getting the basic screenings and preventative care they need, when they need it. But at the beginning of this year, that all changed thanks to a ruling that authorizes APRNs to practice to the “full extent of their education, training, and certification, without the clinical supervision of physicians.” The VA ruling supersedes any state laws that limit the scope of APRNs.

Today, just 22 states recognize APRNs as independent healthcare providers who can provide healthcare services without the supervision or collaboration of physicians. The new VA ruling would allow APRNs in the other 28 states to enjoy the same privileges, making them exempt from the state laws that restrict their practice.

It’s a victory for APRNs, who continue to fight for the right to serve as independent practitioners in a variety of settings. But it’s also a victory for veterans who receive their healthcare through the VA and have been subjected to extraordinarily long wait times for basic care and necessary medical treatments.

The VA ruling was born out of the Congressional Commission on Care, which made recommendations for VA reform. Its 2017 report detailed that the VA was “failing to optimize the use of advanced practice nurses.”

This new ruling by the VA will likely be a fairly seamless transition, as nurse practitioners (NPs) and clinical nurse specialists (CNSs) have long worked in the VA system. NPs, for example, do everything from providing clinical assessments to initiating and managing treatment plans to ordering and interpreting diagnostic tests. The only APRN role unable to provide independent care in the VA healthcare system is the certified registered nurse anesthetist (CRNA).

The use of NPs for primary care has taken off in recent years, with these APRNs working in a multitude of settings, including doctor’s offices, hospitals, and community health centers. Many of the nation’s retail clinics operating out of pharmacies like CVS and Walgreens rely on NPs to provide primary healthcare services, and in many rural and low-socioeconomic areas, APRNs now provide primary care to otherwise underserved populations.

It comes as no surprise that the American Medical Association (AMA) opposed the VA’s ruling on APRNs, saying that allowing APRNs to practice independently, despite individual state law, will “rewind the clock to an outdated model of care delivery…” The AMA also said that care is best provided through a “coordinated, physician-led, patient-centered, team-based” model.

But statistics don’t back up the AMA’s claims. According to the Henry J. Kaiser Family Foundation, there is a significant body of literature that reveals that primary care outcomes, including reduction of symptoms, mortality, and hospitalization, among others, are comparable between patients that receive care from NPs and those that receive care from physicians.

According to David Shulkin, VA Undersecretary of Health, the expansion of the APRN role within the VA healthcare system will free up physicians and alleviate the persistent problem of providing veterans with timely medical treatment.

The rule still makes it clear, however, that APRNs are not authorized to replace or act as physicians or provide healthcare beyond their clinical education and training, and that these healthcare providers will refer patients to physicians when care extends beyond their training.

Groups like the American Association of Nurse Practitioners and the American Nurses Association (ANA) are celebrating this victory. According to an ANA statement, the VA’s ruling is a “win for veterans, as well as the VA nurses who treat them.”